skip to main | skip to sidebar


Well well, The Dead Weather have finally unleashed themselves officially upon the music world. Their LP titled "Horehound" is a keeper. Swampy-blues and riotous rock is delivered in abundance.

Treat Me Like Your Mother is a downright dirty tune-Mossharts voice is both sultry and demanding and rides the crest of some glorious jamming,


Cranberries guitarist Noel Hogan has been championing many of Limerick's up and coming artists for a while now. Courtesy of Gohan Records he has curated a CD comprising of a sample of many of these artists. There are some great tracks by some very underrated artists on it such as Drumming Room, Headgear, Arkitekt and the Brad Pitt Light Orchestra.

The stand-out track comes from Giveamanakick who are probably the most popular act to come out of the "Limrock" scene in recent times. Their track Brittle Bones is a stonker. Downtempo beginnings are trounced by absolutely ferocious riffage. Like any good piece of art it always makes you want more...much much more.

Dirty Projectors - Stillness Is The Move


Taken from the Dirty Projectors latest album Bitte Orca(which I am gradually warming to)comes this single is an absolute beauty. It's oozing with layered and serene vocals that would bowl over any wannabe girl group. Stillness Is The Move displays a striking ability to fuse a subtle musical composition with truly memorable vocal work. I need a fill of it at least twice a day.

Quantic and his Combo Barbaro - Tradition in Transition 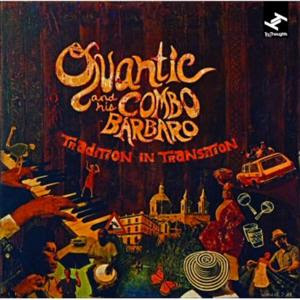 Tradition in Transition sees Will "Quantic" Holland mining the lesser-tapped musical sources from the Caribbean, Latin America and Africa and fusing those rediscovered styles with his own rhythmical prowess and ability to breath increased joy and exuberance into music. It's breezy Latino-infected jazz with a sprinkle of funk served on a plate-a gorgeous album for those sunny days.

Burial fanatics listen up! Clubroot, courtesy of Lodubs, has just released this gem of an LP that exudes downright sensual dubstep. Clubroot, very much like Burial, has a sound that evokes mood driven atmospheres through a layering of dynamic bass lines and intricately warped samples. Deep invasive dubstep is the name of the game offering the listener a portal of escapism. This is stunning music that fills dormant gaps in one's aural environment.


I wouldn't normally get very excited about an impending release from the Arctic Monkeys but this time round its a little bit different. Most of their album (titled Humbug)has been produced by the one and only Josh Homme in his ranch-come-studio in Joshua Tree, California. The rest of the album was produced by James Ford of Simian Mobile Disco.

Crying Lightning is a testament to the Queens of the Stone Age sound. Droning stoner rhythms are used as a foundation for those distinctively piercing riffs which Homme adores. What's left for the Monkeys to call their own on this track is only the lyrics.

I am loving Buraka Som Sistema at the moment. Admittedly I am a bit late getting into them considering their album Black Diamond was released in November of last year.

The Portuguese group specialise in delivering the riveting sound of Kuduro, a musical genre with it's roots emanating from Angola. The likes of M.I.A and DJ Znobia are both ambassadors and contributors to these guys rhythmic and dance-friendly sounds that gives Kudoro a worthy altar for which to preach it's uber-cool sound.

These guys are also playing the Electric Picnic in September.


Posted by bubblewrap at 8:43 PM No comments:

Florence and the Machine - Lungs 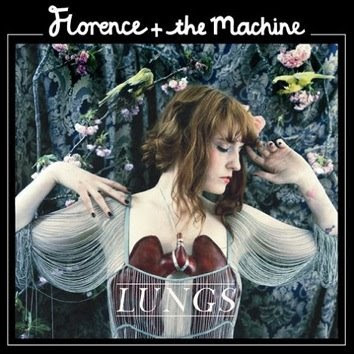 I just did a review of Lungs, the debut LP from Florence and the Machine, for this months Limerick Event Guide and I felt compelled to mention it here aswell. From start to finish Lungs flourishes and excites with Florence Welch's voice making it a very tantalising listen. Check it out you won't be dissappointed.